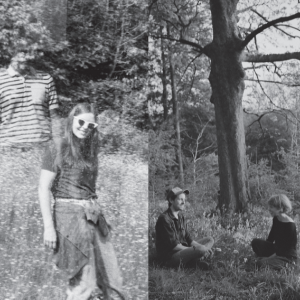 This is a standing event.

16+ only. 16s to 17s must be accompanied by an adult. No refunds will be given for incorrectly booked tickets.

Poster Paints are Carla J. Easton and Simon Liddell. Two beloved Scottish musicians who orbited through the same thriving music scene, Carla as an award-winning solo artist and member of TeenCanteen, and Simon as part of Frightened Rabbit and Olympic Swimmers, who were introduced by Eugene Kelly and Frances McKee of The Vaselines. The pair seemed destined to collaborate, yet the musical outfit they created happened purely by chance. The band released their debut single
Number 1
last year; the track was described as ‘reverb-splattered, riotous guitar melodies and supercharged vocals with jangle-pop primacy’ (The Line of Best Fit) and received extensive play from Marc Riley via BBC 6Music, BBC Introducing and BBC Radio Scotland. They followed with a surprise release EP
Blood Orange, a brace of headline shows and support slots with Belle & Sebastian, Admiral Fallow and Teenage Fanclub.