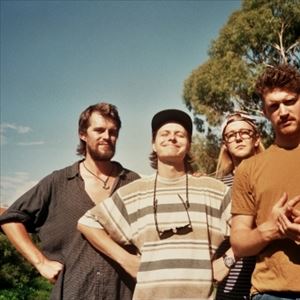 The Hare And Hounds, Birmingham

Surprise Chef’s cinematic soul is based on evoking mood; their vivid arrangements utilize time and space to build soundscapes that invite the listener into their world. The quintet’s distinct sound pulls from 70s film scores, the funkier side of jazz, and the samples that form the foundation of hip hop. Humbly blurring genre lines and seamlessly weaving elements of yesteryear with today, they push the boundaries of instrumental soul and funk with their own approach honed
by countless hours in the studio, studying the masters, and perhaps most importantly, the ‘tyranny of distance’ that dictates a unique perspective on the music that guides them.

Their first two albums All News Is Good News and Daylight Savings amassed a die-hard fanbase and brought their sound from Melbourne, Australia to every corner of the globe. The band now has a home on Big Crown Records, joining a lineage of contemporary and classic sounds that have influenced Surprise Chef’s music since the band’s formation in 2017.

Surprise Chef work out of their sharehouse studio, dubbed The College Of Knowledge. The 100-year-old house is the namesake of the artist-led grassroots independent record label that has served to release the band’s now-coveted pressings, alongside other key releases from Melbourne’s emerging scene of left-field instrumental funk and soul. As they put the finishing touches on their next album they offer a glimpse of what’s to come with their new single “Velodrome” which is as tough as it is gorgeous and infectious.

“One of the finest soul and funk releases of the past 18 months.” – Clash Magazine